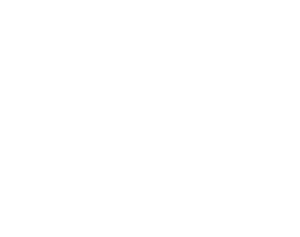 Coming out of Beaufort, North Carolina, recording artist Fernando Rivera (Fern) has been performed all across NC, from Black Mountain to Wilmington, and from Mum Fest to the Seafood Festival. Fern has written and released two singles titled Waves and I Know in collaboration with Tiffany Elaine (Tiff), both of which were recorded at TeraNote Records in Morehead City, North Carolina. With musical inspirations of Linkin Park, Ed Sheeran, and Thirty Seconds to Mars, Fern aspires to use his unique lyrically driven acoustic alternative pop style to bring a little positivity to the masses with hopeful but relatable words. "At the end of the day, I just want to help people and I believe music is my opportunity to do that." says Fern. "Music, family, and God are what keeps me going and I'd love to share that with the world".

Tiffany Elaine is an accomplished recording artist based in Beaufort, NC. Tiffany has recorded in Nashville as well as at TeraNote Records in eastern NC. Tiffany’s vocal talent is apparent with her Debut single “Couldn’t You See,” produced in Nashville by Stokes Nielson of Billboard acclaimed "The Lost Trailers. Tiffany is a BMI songwriter and CMA member. Tiffany Elaine performs both acoustically and with her band throughout North Carolina as well as Nashville and has played notable venues such as “The Whiskey Bent Saloon” in Nashville Tennessee, Mum Fest, Carolina Lily Fest and The Brooklyn Arts Center. Tiffany has had several TV and radio appearances.

Beginning as a solo artist, Tiffany joined fellow singer/songwriter Fernando Rivera in 2018 and formed the band Now or Never. With the addition of bassist Casper Luna and Lead guitarist Delancy Loftus in 2019 the band expanded and became known as Fern and Tiff.
Fern and Tiff are working on an EP album that is targeted to release in 2021.

Casper Luna is a musician, songwriter, composer, and author, living in Eastern North Carolina. A 20-year veteran in the world of music, Casper Luna has written and worked on musical projects across various genres, including: Rock, Metal, Industrial, Electronica and Alternative. Never ceasing, the driving force behind Casper Luna’s musical ambitions is the need to create art, for the sake of art itself, in any and all of its mediums and forms.

Doug has been in the arts since the early 1970s, classically trained as a vocalist having studied under Lawrence Stith. He is also an accomplished engineer with significant experience in the sciences. His artistic experience includes stage performance as a singer, award-winning actor, radio show host, broadcast engineer in radio and TV, technical director - as well as producer of radio, stage, and recording.

Having spent a decade in the music business in New York, Doug has been in recording for more than 20 years, and recently completed the soundtrack for a motion picture released in 2019.  He returned to North Carolina where he founded TeraNote Records in 2014 and later launched TeraNote Studios, now both part of TeraNote Entertainment. Doug is the president of TeraNote Entertainment and is the Executive Producer for Fern and Tiff's two single releases and their upcoming EP and album to follow.

Check Out Our Music

We use cookies to ensure that we give you the best experience on our website. If you continue to use this site we will assume that you are happy with it.Ok